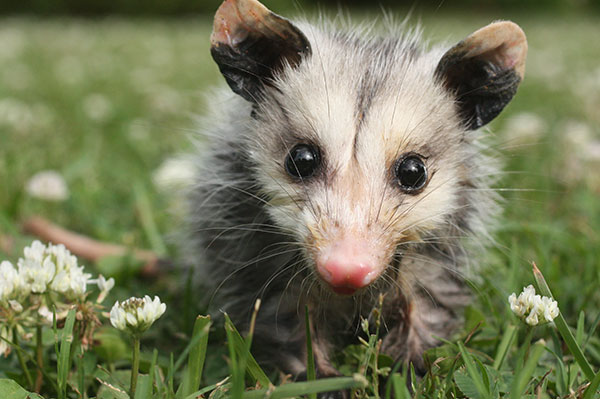 Opossums are wild creatures that are abundant in the Nashville area and you may need Opossum Removal specialists to help evaluate the situation. They generally live in wooded areas, but your home and surrounding buildings can become inviting sheltering spaces if they have a safe entry point. Before they become a nuisance, call in a pest removal service and have your property returned to a happy place.

SPEAK TO A
SPECIALIST

Fill out the simple form below, and we will contact you quickly.

Opossums are crafty and ingenious animals. Because they are nocturnal, they may be entering your living space while you are sleeping. They create damage while they are foraging for food in your kitchen; ultimately, they may remain undiscovered for days or even weeks.

When their destructive escapades are completed, they exit your domain before you even catch a glimpse of them. Their small body size makes it possible for them to squeeze through a small, improperly capped and unused drain pipe, or other accommodating space and make themselves a nightly nuisance.

If your property offers an undisturbed safe shelter, they can breed and reproduce. Now you do have a concern. Over-sized and improperly sealed entry points for water lines extend perfect invitations to small animals.

In their nightly explorations for food and shelter, they have time to examine the perimeters of your property for hours until they obtain their goal. Crawlspaces and attics are excellent hiding places. A licensed and insured pest removal technician knows where to look to seal off your problem. Call in a professional to detect the type and size of the animal before the costly damage escalates.

How To Get Rid of Opossums Humanely

Green services remove your opossum problems without injury to the critters; ultimately, poisons or other questionable chemicals are never used. Your safety is important. Safe traps are baited to encourage the entry and capture of unwanted wild animals. Privately maintained forested areas become their new homes where they are safe to explore and reproduce in comfort. What could be better?

Opossums produce a foul substance if they feel threatened. You may notice an unpleasant odour in your home. Their travel trails become toilets for their droppings. Respiratory distress can become evident in humans if the faeces dust becomes airborne and inhaled. Be safe and call in a certified pest management technician for the health of your family and friends.

The opossum can be a rabies concern. Since they are wildlife, they carry fleas and other diseases like distemper. Your pets may not be safe with these unwelcome intruders.

Cleanup After the Opossum Removal

Your trained pest management professionals provide a thorough cleanup of the target areas. Animal feces can pose hazardous conditions, and the removal requires trained personnel. Protective gear in the form of hazmat suits and paper-fiber booties over shoes are often a precaution and a requirement.

Respirators are necessary in some cleanups. Whether the cleanup involves a business, rental property, private home or government facility, the proper equipment, suiting and tools are a priority for the specialized procedure. Avoid a do-it-yourself calamity and call in qualified experts.

Safe earth-friendly disinfecting solutions are used to make the area safe. Your property becomes clean and disease-free after the intruder is removed. Proficient cleaning specialists have access to green germ combatants that only licensed technicians can acquire. Invest in safety.

How To Get Rid of Opossums and Prevent a Repeat Performance

Since the pest company knew where to find the entry points of the rogue wildlife on your property, they also know where to seal all the welcoming areas. Your property is critter proof, and you can resume a happy life.

Now that you know more about removing this wild animal from your property, you have the option of calling trained personnel today and have your home returned to an opossum-free space. You deserve a happy home. 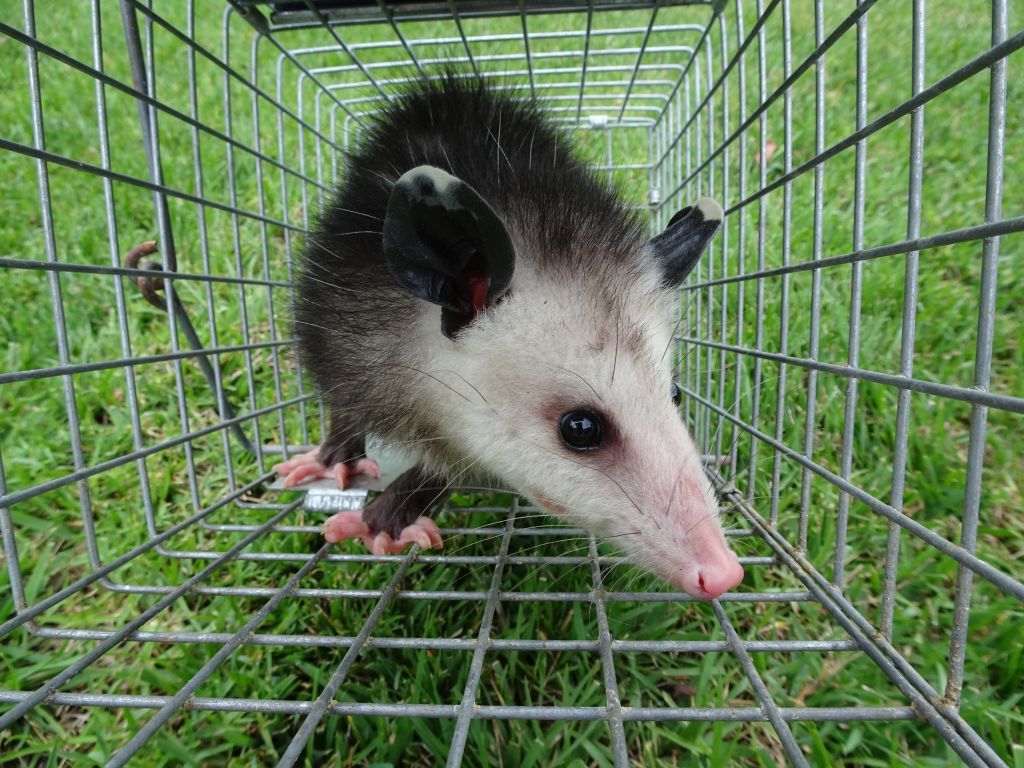 Since opossums are becoming a much more common occurrence near homes and properties, it is important to understand the problems they can cause. Home damage and health hazards are very serious threats posed by opossums, and this is why it is so important to remove them as soon as possible. Continue reading to learn more about what problems opossums cause and how you can get rid of them.

While opossums might seem fairly harmless, they can actually cause some serious damage throughout your home. In most cases, when an opossum gets into a home, it will make its way into the attic. Once it is in the attic, it will create many different problems that can end up causing serious damage to your home. One of the more common damages that opossums cause is creating large entry and exit holes in your attic walls. This can lead to more nuisance animals making their way into your attic. In addition, these critters can be very hard on insulation, as they tear it up in many cases. This leads to increasing costs of energy as your home’s energy efficiency decreases. Finally, there are many different building materials that will usually be chewed through, torn up, and broken through throughout your home, such as drywall, lumber, insulation, and siding.

This bacterial disease can be very serious, and can potentially even lead to death. Opossums are very disease-ridden animals, and leptospirosis is among the more serious they are known carriers of. Leptospirosis is generally spread through the urine of opossums. Humans can come into contact with the urine, even if it is dried, and contract the disease. This illness starts out very mild, with many of the common symptoms of a cold or flu. In many cases, people will put off going to the doctor until the bacterial infection is more severe. Luckily, in most cases, antibiotics will cure humans fairly quickly. The scary thing about this disease is that you may not know if you came into contact with opossum urine at all.

While this disease might be rarely transmitted to humans, it is generally spread by opossums and other nuisance wildlife. Much like many other diseases, tularemia is spread through coming into contact with a sick or dead animal that was carrying the disease. This means that opossums can spread it in a variety of ways. Basically, the symptoms are very similar to more common illnesses, which leads to tularemia being misdiagnosed in many cases. If you know you have been around a wild animal, particularly an opossum, rabbit, or rodents, you should mention this to your doctor. In most cases, humans respond very well to a treatment of antibiotics for this disease, with most recovering completely.

Spotted fever is one of the more serious diseases spreadby wild animals in the United States. It is actually a tick-borne illness, but since opossums are usually carrying many ticks at once, it can sometimes be attributed to opossums. The scary issue with this disease is how quickly it can rapidly advance in severity, potentially causing serious illness or death soon. The symptoms are similar to virtually all common illnesses, with one notable exception. Later in the disease’s lifetime, it will create a rash with red-colored spots, hence the name spotted fever. If caught early enough spotted fever should respond well to antibiotics.

At Active Wildlife Removal, we have years of experience in removing opossums from many different areas including homes, businesses, and properties. With the damage and illnesses spread by opossums, it is important to remove them quickly to prevent any problems. At Active Wildlife Removal, we also offer additional services beyond animal removal, such as animal damage repair, scent trail removal, and the restoration of wherever the animals got into.